Basic Education Minister Angie Motshekga says the money raised at the launch of the Sanitation Appropriate for Education (SAFE) initiative will assist government to eradicate pit latrines in schools.

Currently, there are 3 898 schools that require appropriate sanitation interventions and in many of these, reticulated water is not available.

“A portion of these will be able to be dealt with in the current financial year through provincial education budgets. However, in order to fast track the complete eradication of pit latrines in schools, [we] require more than government coffers can provide,” said Motshekga.

The initiative was launched by President Cyril Ramaphosa in Pretoria on Tuesday.

Following the deaths of primary school pupils, Michael Komape and Lumka Mkethwa, the President got the Minister to fast track the roll-out of adequate sanitation in schools.

The event was attended by CEOs of corporate companies as well as prominent individuals, where President Ramaphosa explained government’s ongoing efforts thus far to provide appropriate sanitation to schools.

According to the Department of Basic Education, over R45 million was raised, while a number of pledges in the form of professional services were made.

“I would like to thank all of those businesses and individuals, who have agreed to partner with the Department of Basic Education to eradicate pit latrines in our schools and restore the dignity of our children. The support has been truly incredible,” said Motshekga.

The department said in instances where reticulated water connections are not available, government has already provided appropriate alternative sanitation technologies in around 9 600 public schools.

In the spirit of former President Nelson Mandela, President Ramaphosa implored the business community to partner with the department through their corporate social investment and assist government in restoring dignity to children by eradicating pit latrines in schools.

“The SAFE initiative will spare generations of young South Africans the indignity, discomfort and danger of using pit latrines and other unsafe facilities in our schools. Schools should be places where children can be safe, supported, nurtured and empowered.

“Given the overwhelming scale of backlogs and the current state of the economy, it is also clear that government cannot address this important basic human right without assistance from the private sector. It is for this reason we are launching the SAFE initiative,” said President Ramaphosa.

How to get involved

He explained that through direct contributions to the SAFE initiative, companies can support the construction of models of new technology toilets as a core component of the plan for each school.

Companies can adopt a group of schools as model schools for joint sanitation-water-energy off-grid solutions.

Companies can be part of building a South African base for the industrialisation of these new technologies for local and global markets.

The initiative was launched in partnership with the National Education Collaboration Trust (NECT), UNICEF and the Nelson Mandela Foundation.

NECT, as the implementing arm of the Education Collaboration Trust, will manage the implementation of the programme and keep track of the funds donated towards eradicating pit latrines.

“The response from the private sector has been immense and it is humbling to see how so many have responded to the call made by the President and committed to helping us in these efforts to restore dignity to our children,” said Motshekga.

5 Free Apps that Change Your Life As a Teacher 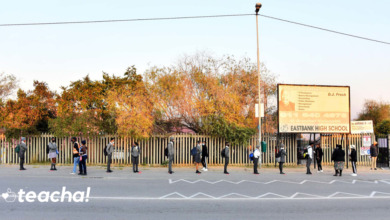 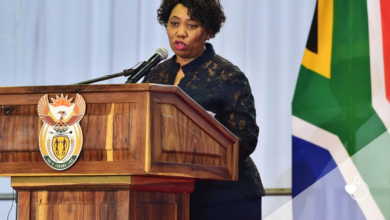 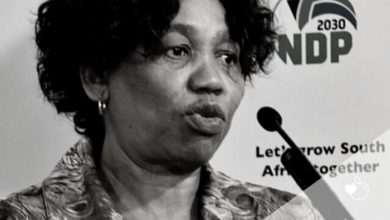