Teaching another language to children (or to adults) doesn’t have to be all drill and kill. Music plays a vital role in helping people to learn a language while they are studying it, and learning about music even before a person starts learning another language can help their brains pick it up more readily.

While you don’t have to teach a student music several hours a day to help them learn another language, there is scientific evidence that just one hour a week of music instruction is enough to help the brain completely unlock its potential to absorb another language. When students start studying music before they’re seven, they learn more words, have a better idea of grammar and how it works, and they end up with higher verbal IQs. This is true both for native and foreign languages. Before age 7, the brain does 95 percent of its growth.

When students start to learn music early, it also helps them filter small differences between sounds, which, in turn helps them to pronounce other languages well. Even adults who studied music as children have the ability to learn foreign languages more easily than those who did not.

The current estimate is that humans created music about 300,000 years before they developed speech. This may indicate that speech developed from music and that there are areas of significant overlap in the parts of the brain that process and utilize both.

Even if students don’t learn music young, other research has found that when adults sang words or short expressions in a foreign language while they were studying it, they could do so at a rate double that if they didn’t. The idea is that listening to words in music and singing them yourself helps you learn a language because there are strong connections between music and memory.

There is no denying the links between music and language. They have volume, pauses, pitch, tone, melody, and rhythm. You know a certain song because of these elements, and languages can be described as having the same.

Music helps people learn things. Think about the songs your teachers taught you to memorize multiplication tables, commercials that sing out their phone numbers on television, etc.

You can create a melody and turn information you want your students to learn into lyrics for it, and they’re likely to remember it. You can use music in the classroom to help students master the rhythm of a language. Encourage them to tap out the rhythm of specific sentences or words to learn where to place emphasis. Have them write poems to learn rhyming words and different spelling patterns in the language. Then have them set their poems to music and record them for the class. Learning songs in a foreign language helps pronunciation, vocabulary, learning colloquialisms, grammar, and more.

Whatever activity you choose to help your students learn the language, capitalize on music in the classroom. Expose them repeatedly to the new song or to activities where they have to repeat certain phrases or rules. You could even create a jingle with lyrics (in the foreign language) about how to pronounce certain words or grammar rules they need to memorize.

10 easy ways to practise self-care as a teacher

10 easy ways to practise self-care as a teacher 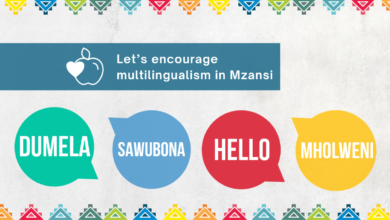 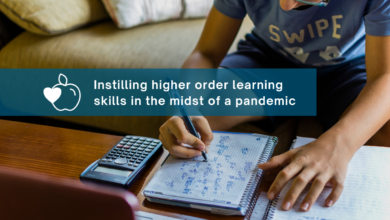 Instilling higher order learning skills in the midst of a pandemic 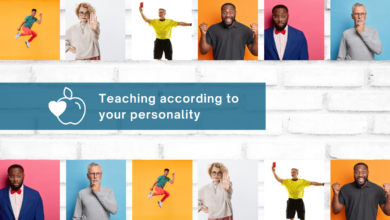 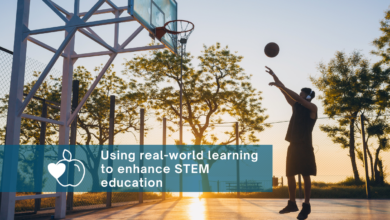